Problem: Voter suppression is an issue that plagues America. On election day, voters wait hours to finally get their turn at polling places. This is a common occurence in areas with a large population of underrepresented minorities. Further, voters who are unable to make it to their polling place may have to miss out on voting because vote-by-mail is not an option in every state.

Solution: A way to combat voter suppression is electronic voting using blockchain technology. Blockchain is a record-keeping technology that is secure and transparent. This would ease worries over voter fraud and ensure that people can conveniently vote using their devices. Voters would not have to wait long lines or travel in order to vote.

According to the Center for American Progress, 120 million eligible Americans did not vote in the 2018 midterm elections. Why is there such a large proportion of Americans who didn't vote? One reason is voter suppression, a systemic issue that mainly affects marginalized communities. Voter suppression takes many forms. A few examples are long lines, poll closures, poll place changes, malfunctioning polling equipment, voter registration problems, and strict voter ID requirements. 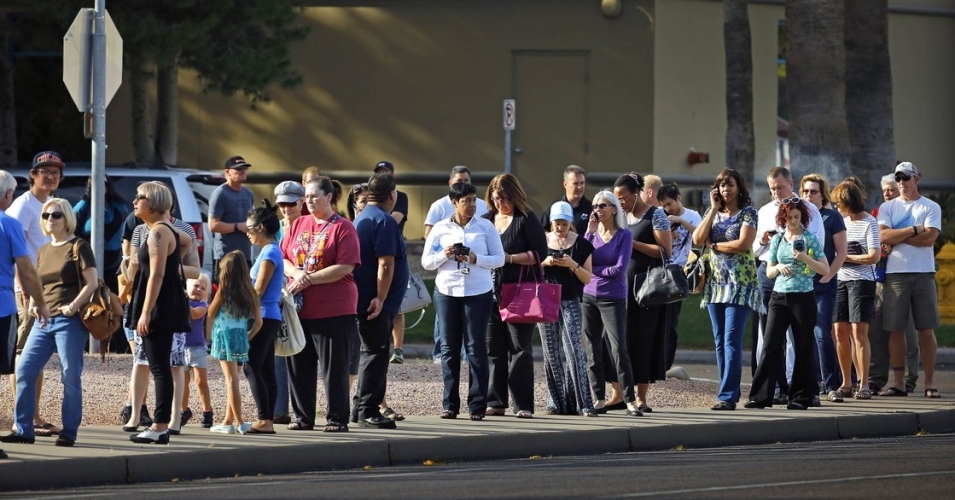 How to combat voter suppression and voter purging?

A way to make voting more accessible and combat voter suppression is to make voting electronic. Although many are concerned about an increase in voter fraud from electronic voting, new technology, such as Blockchain, can help curtail any worries over fraud.

In order to understand whether people's voting experience, I surveyed 15 voters about  their polling experience in the past election. First, I asked the method in which they voted. I found that a majority of surveyed voters voted by mail. Of those who voted in-person, 83.3% of voters had to wait in line. Delving in deeper, I asked how long it took to vote and their in-person voting experience. In one interesting case, a voter took 1 hour and 45 minutes to submit their ballot due to the long wait times. 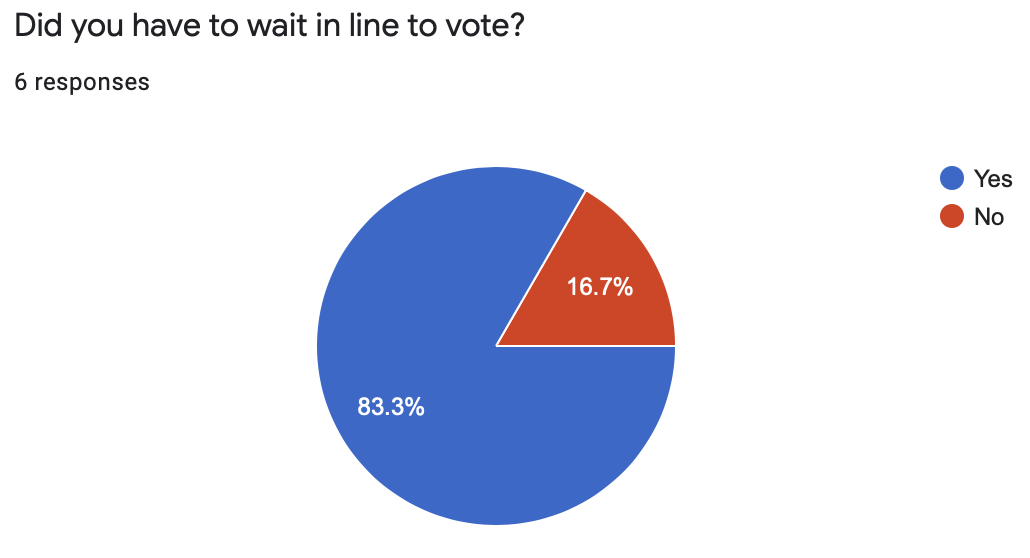 Using my research, I realized that voters preferred a more convenient option (Vote-by-mail) and were not well informed about what they were supporting. I plan to implement my findings by providing information about each candidate and measure.

The voting app needs to address these concerns:

Analyzing each voting method, I found that electronic voting is more convenient, safe, and environmentally friendly. Mail-in voting is a more convenient than in-person voting, but it takes longer to count ballots and requires mass printing ballots, which is not eco-friendly. Electronic voting does not require in-person poll workers, produces fast results, combats voter fraud, and may result in higher voter turnout. 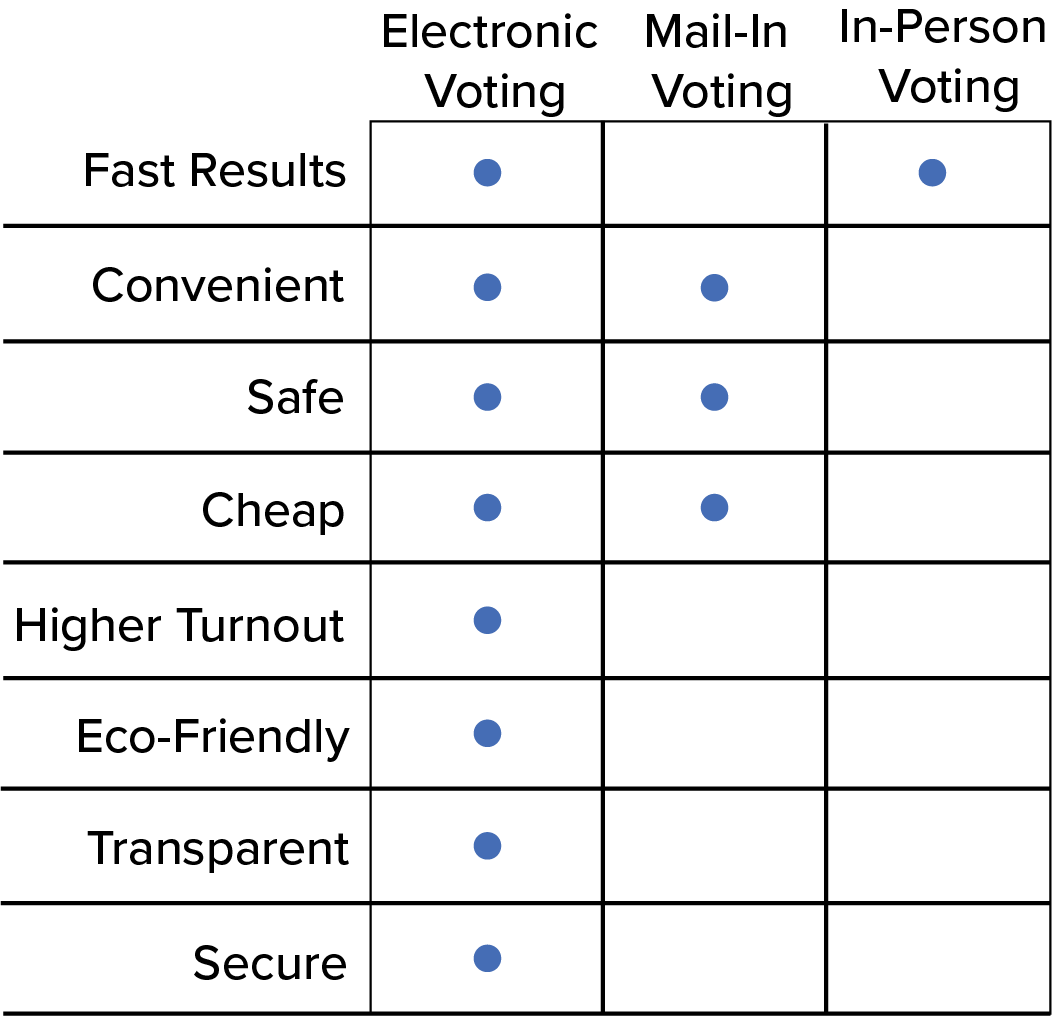 I conducted a hierarchal task analysis to map out the user flows of the application. 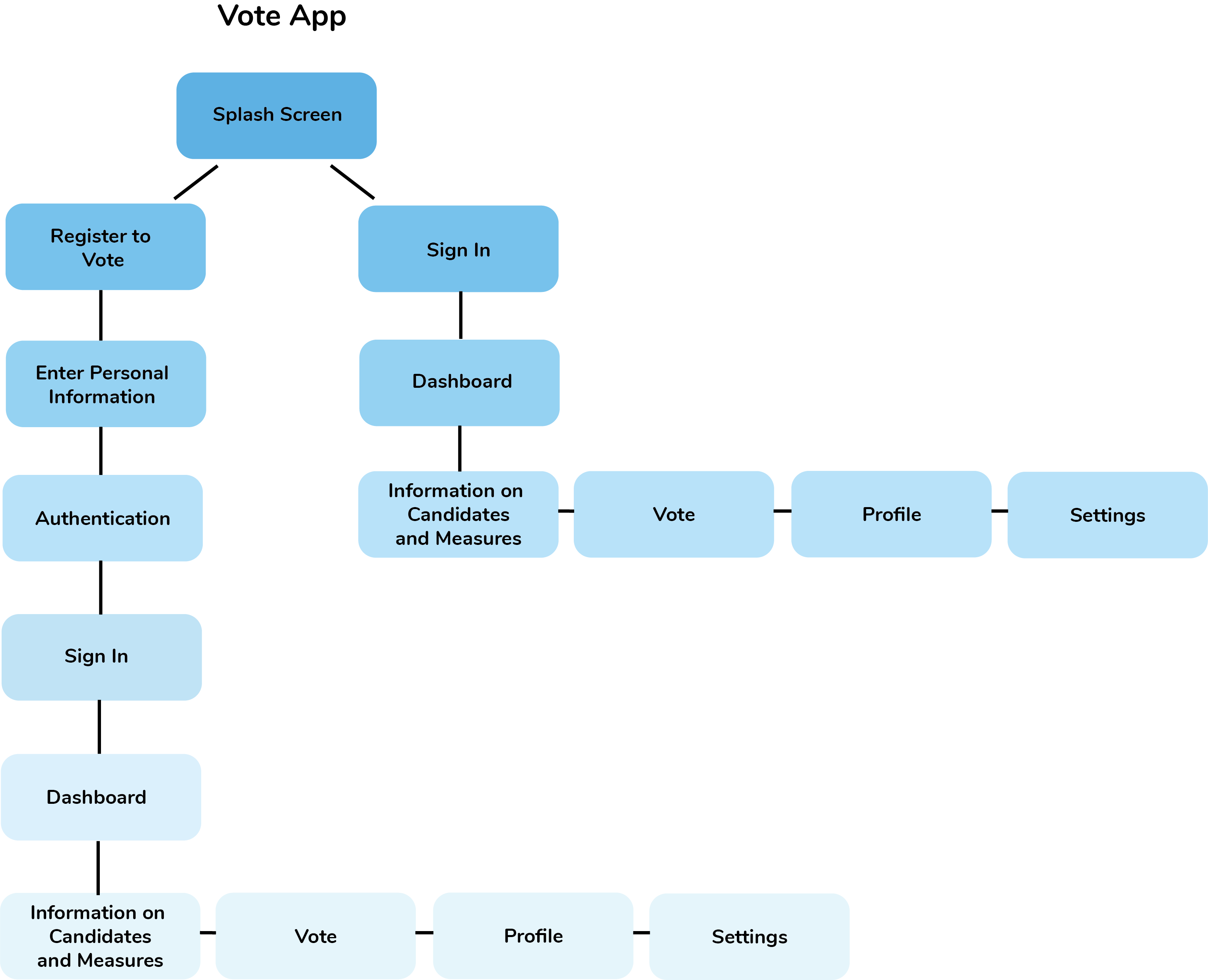 Creating the wireframes helped me realize some key features that were missing.
1. The heading fonts were too small.
2. I needed a way for users to navigate to different pages.
3. The buttons were too small.
4. I needed to add more accessibility options for those who may have a hard time using the app in normal settings.

Note: Voting page would only be available on election day.

The next step for this project is to design a similar website so that users without a smartphone can vote as well.

Made by Courtney Ko ✨
LInkedinTwitterInstagram